TikTok and Fashion Agree: That Side Part Makes You Look Old 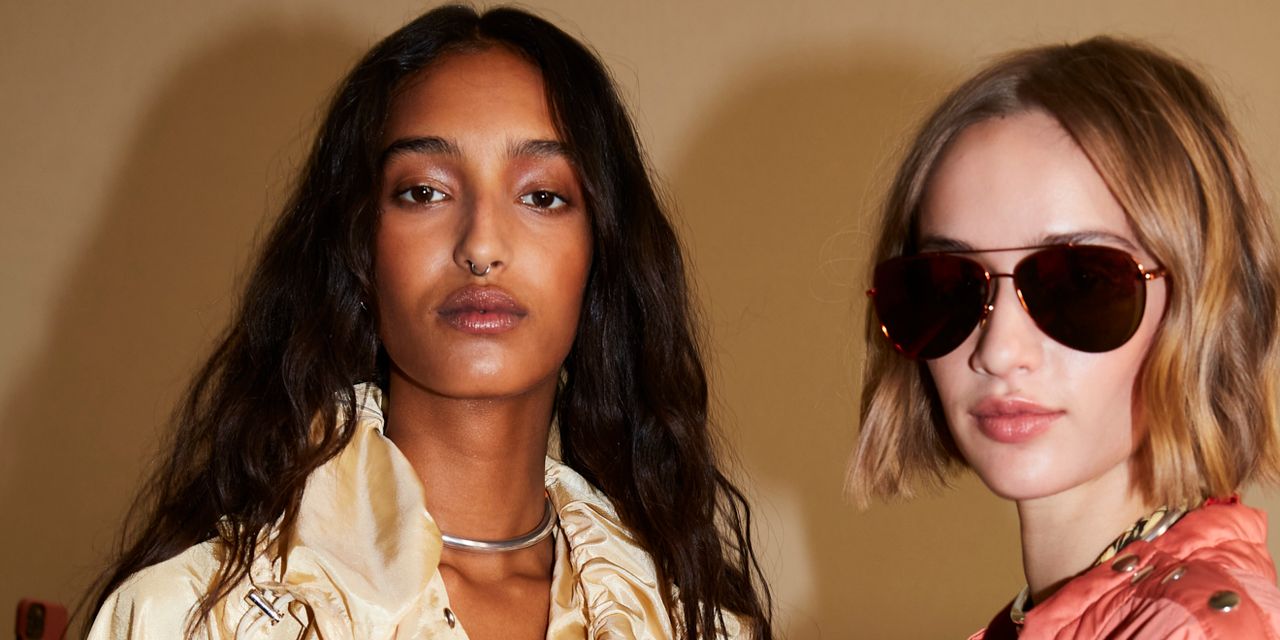 “PROVE ME WRONG, but I don’t think there is a single person that looks better with a side part than they do a middle part,” said Glorianna Restrepo in a viral TikTok video she posted in July 2020. Ms. Restrepo, a 24-year-old Connecticut photographer, went on in the clip to extol the “luscious, elegant” and “supreme” center part. Her voice, recorded under the track “Middle Part Baddies,” became a popular soundtrack for other TikTok videos on the strangely sensational topic of center parts versus middle parts. According to TikTok logic, side parts and skinny jeans are for out-of-touch millennials, while center parts and baggier “mom jeans” are for cool Gen-Z kids. In playfully contentious videos, millennials defend their skinny-jean-side-parted turf, while Gen-Z trendsetters mock them. These subtle differences in hair division and denim fit have become an inescapable generational lightning rod.

The middle part appears to have won the battle, at least for now. As the fashion industry rears its glossy head with a full slate of in-person shows in New York and Europe after multiple sleepy seasons of digital presentations, we’re seeing the tiny insidious ways in which our time at home has informed trends. There are the editors who have forsaken high heels after nearly two years in Birkenstocks. A few sneaky elastic waists have crept into the front row. And then there’s our collective dependence on TikTok and Instagram to tell us what’s in and out. Ms. Restrepo, whose original middle-part video has nearly 100,000 likes, said, “I think the trend cycle, the past year specifically, has gotten so crazy out of proportion because of social media.”

Along with teenagers, designers and fashion insiders are doggedly embracing the middle part. Nobody wants to look old. Designers like Bora Aksu and Kiko Kostadinov as well as establishment brands Prada, Balmain and Chloé have all featured center parts for their runway shows. The editors and buyers in the audiences of those shows, too, mostly sport center parts. Vogue’s September issue? A bevy of models, all with center parts. Our biggest celebrities, too, like former side-part devotee Beyoncé, have mostly adopted the center-part trend.

A little context: for much of the 2010s, when millennials were younger, fashionistas favored skinny gray jeans tucked into boots, and side-swooped hair a la Sienna Miller and Lucy Liu. That period’s most revered fashion designer, Phoebe Philo, often parted her blond hair to the side, scruffily. But in the ’90s and at the turn of the century, a period that’s forcefully back in focus for Gen Z, a starker middle part reigned. Many TikTokers fetichize this period, tagging videos “90s fashion” and “y2k fashion.” Social media and high fashion are now on an incestuous feedback loop, so it’s no wonder that Gen Z’s fixation is also bleeding into the runway and fashionable circles.

New York hair stylist Edward Lampley said, “Absolutely, we’re completely obsessed with late ’90s and early 2000s references right now.” He cited minimalist designers Helmut Lang and Calvin Klein, as well as the chin-length men’s grunge haircuts of bands like Nirvana and the Red Hot Chili Peppers. He continued, “A lot of what we’re seeing is this kind of natural texture, a bit greasy, with a beautiful middle part, because that is something from that time period which is still really good.”

Twin sisters Laura and Deanna Fanning, 31, the designers and directors of London brand Kiko Kostadinov’s womenswear, were also thinking about that period when devising the look for their spring 2022 collection. The sisters, who grew up in Melbourne, felt nostalgic for when they first became interested in fashion around 2003, and would devour collections by John Galliano and Alexander McQueen on style.com. They were particularly inspired by an early 2000s photograph from Vogue Italia, of a model with a center part and very straight hair looking over her shoulder.

For Divya Seshadri, a 28-year-old Austin art director and illustrator, the center part evokes a different kind of nostalgia. When she was a child growing up in an Indian family in Dubai, she would resist her mother’s attempts to send her to school with a  center part, which is a traditional Indian style. Many Indian women part their hair in the center and pull it back into a braid, sometimes powdering the line with red sindoor to indicate that they’re married. When Ms. Seshadri recently switched her part from the side to the center, her mother chided her, “Of course you think it’s cool now that the internet thinks it’s cool, not when I wanted it.”

But for those who still prefer their side part—or no distinct part at all—it won’t be long before the cool kids are on to the next thing. The hair stylist Mr. Lampley offered some words of comfort for those that don’t want to succumb to the center: “No parts make you look old. Side part, middle part, left right, it’s really about what fits your face the best and what fits the symmetry of your face.”

Center part or side part? Which do you prefer, and why? Join the conversation below.