This cancer survivor donates all of her boutique profits 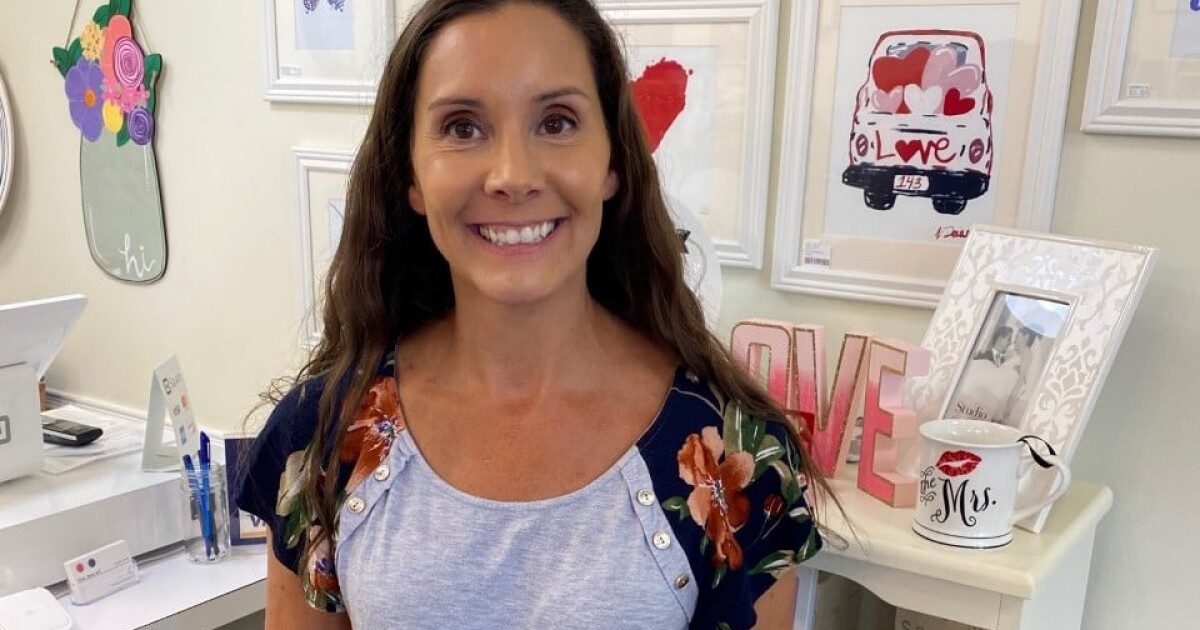 ASHLAND, Va. — Looking for the perfect gift. You’ll find it at Brave Boutique.

From necklaces to knick-knacks, Angela Deiss has thrived since opening her Ashland store four years ago.

“It is a plethora of stuff you want but don’t necessarily need,” said Angela. “I try to make my artwork and give people a little joy.”

At the top of the list for most businesses is the bottom line.

“If it was about making money then I’m in the wrong business,” said Angela. “You don’t make money in retail.”

“Mine is the friendships and memories. Knowing that I’ve made a difference in somebody’s life,” she said.

The 48-year-old offers something customers won’t find on any shelf. Angela doesn’t take a paycheck. She donates her profits, every penny, to nonprofits like Habitat for Humanity and Feed More.

“It’s not about making money. It’s about helping others,” explained Angela.

Mac McDowney who works next door recently lost his wife Ellen of 35 years.

“We found out in October she had lung cancer,” said Mac. “She died in January. Eighty days later and she was gone.”

“He just says to me, ‘you’re just good people,’” said Angela. “They had been married a long time. I worry about him.”

“Just upbeat all of the time,” described Mac. “Like I said, she has that spirit and it rubs off on you and stuff like that.”

Archer Satterfield and his pup Pepsi are regulars at Brave Boutique.

“She is generous to a fault. Is that an easy way to put it?” Archer said.

The 71-year-old widower is living with Multiple Myeloma, which is cancer of the bone marrow.

“She looks after people and has a real consideration for them,” said Archer. “She seems like the more she does, the happy she is doing it.”

Archer said Angela’s love and attention are the best medicine.

“She is an angel. To me anyway,” said Archer.

“They’re like family to me. It is not just customers. I don’t care if they buy one thing in the store. I want to know they’re OK,” said Angela. “It hits me.”

No one knows what Archer is dealing with better than Angela.

“I’ve been that person where I’ve had cancer and I needed somebody,” said Angela.

In December 2011, she was diagnosed with Stage 3 Colon Cancer. Doctors said she would not live past 40.

“I was traveling all over the world,” said Angela. “Hanging out with friends. Not a care in the world.”

The woman who trained for fitness competitions was dying.

“It changed everything about me in every way imaginable,” she said.

Angela prayed and promised that if she survived she would live for others.

Angela calls her rounds of chemo, radiation and four surgeries a blessing.

“Yes. As crazy as that sounds I would not be the person I am now without it,” Angela proclaimed.

And she followed through with her promise. The store is her calling.

“I think it is a little bit of therapy for me too, you know,” said Angela.

She is a married mother, artist and entrepreneur who is profiting well beyond the bottom line.

“At the end of the day the monetary value means absolutely nothing to me,” said Angela. “I can’t take it with me when I go.”

“The people that I’ve helped and the things that I’ve done, I hope that legacy lives on and someone else picks up where I left off because that is what I care about,” said Angela.

When Angela isn’t helping people at her store, she is saving lives as a part-time paramedic in North Carolina.

Brave Boutique is open six days a week and is located on King’s Charter Drive in Ashland.