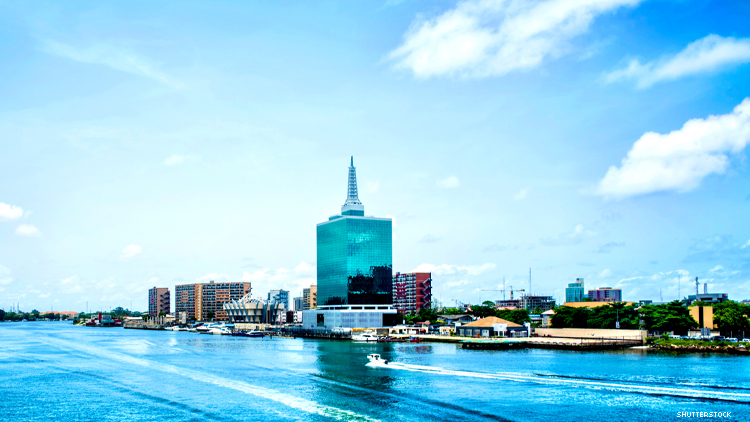 Lagos Fashion week is a yearly event that seeks to “leads the way with initiatives that support, strengthens and develop the fashion industry,” in Nigeria, and Lagos Fashion Week has global attendance.

In a country that nationwide punishes homosexuals with imprisonment, in its northern counties with being stoned to death, and as recently as 2019 their spokesperson for the Lagos State Police Command warned “Any persons that are homosexually orientated should leave Nigeria or risk facing prosecution” in an Instagram post, it’s easy to assume that the gender binary is strongly built into Nigerian fashion design.

But fashion is a both a conversation and a conversation starter, and there are designers that are pushing that discussion forward, by envisioning and creating androgynous looks, bringing their work to showcase in an event that also featured—for the first time ever—a Nigerian trans woman, Fola Francis, walking the runway for two (other) designers, Cute Saint and Fruché.

Based in Lagos, Bloke was founded by Faith Oluwajimi. With a collection named “A Polaroid Named Camouflage,” these knit silhouettes, some inscribed with the brand name,  were inspired by Oluwajimi’s travels, where he, “…visited about six to seven countries, and the translated color palette for the collection was from some of the flags of these countries I visited,” he told Attitude.

Peter ‘Dawn’ Oshobor founded this androgynous brand, presenting a three-piece collection called “Na Man You Be,” a colloquial way of saying “You’re A Man,” as a reflection of the impact of fathers on their sons’ lives. “Fathers are the models of masculinity for sons. Their relationship especially within traditional Africa, although solid, is usually lacking in expressions and emotions,” Dawn said. “My inspiration surrounds not just masculinity, but masculinity in the African context. Therefore, I focus on voguish apparels with an African twist, to emphasise the Afro-centricity of the art and its inspiration.”

Referring to their collections as “projects,” Thompson Adeju is a nonbinary designer has deliberately made certain to bring their authentic self—from sexuality to African heritage, into their label, and their Project 7 was inspired by Yoruba culture. “The inspiration behind the Project 7 collection is to highlight the similarities between western tailoring codes and the romance of traditional indigenous aesthetics of dress,” they say, “[and] in addition to exploring queer semiotics, the collection is also a study on tailoring. Using archival studio photography from the early 20th century, we attempt to keep alive the sartorial techniques long practiced by Yoruba people.”

Founded by Akoth Otieno, the unisex label uses colorful crochet and knit fabrics in its collections. Based in Nairobi, their Mwanzo collection “…looks at where our past, present, and future kind of collide in motion. Mwanzo is looking to lay the groundwork for the house we intend to build. For this we focused on innovation rather than novelty, but also updating the knowledge we’ve learnt over the last couple of years,” she told Attitude. “The silhouettes are unapologetically intentional, and half of it is because we’ve grown in the last couple of years, where we now embrace our power.”

That power is no small thing. “Representation of all kinds of bodies exists, and it’s important to see us on the runway,” said Fola Francis, speaking to the BBC about a Nigerian law that intends to outlaw “crossdressing.” The hope is that this opens the door for queer and non-binary people to walk the shows, going forward.”