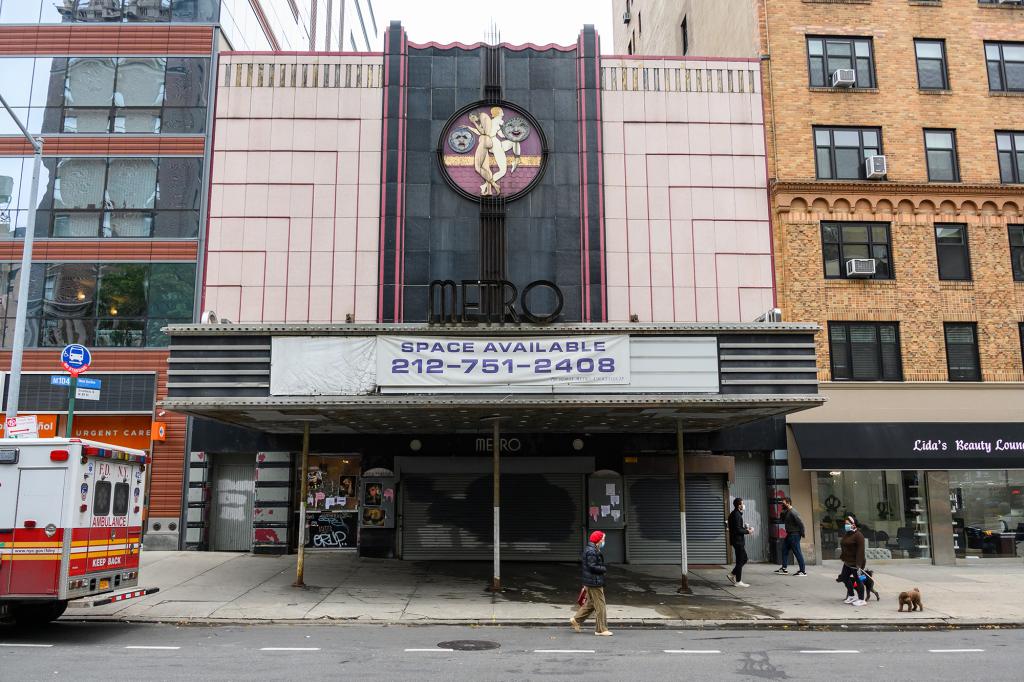 After a very long intermission, this theater is finally set to return.

For 17 years, Manhattan’s Metro Theater has been collecting dust on the Upper West Side. Since 2005, the 82-year-old Art Deco theater has sat vacant, nearly home to numerous tenants — Urban Outfitters, Planet Fitness, Alamo Drafthouse, an arts education nonprofit — all of which eventually fell through.

Now, though, it’s official: A lease has finally been signed and the historic building will stay a cinema.

“There have been so many false starts and failed plans at The Metro; I think a lot of us started to feel like Charlie Brown with the football and had given up being excited,” Manhattan Borough President Mark Levine told The Post. When he heard yet another potential business was interested in bringing back the Broadway building, “I decided that I wouldn’t celebrate until I heard it directly from a tenant that a lease had been signed.”

“This is real, I heard it direct from the head of the company: The lease has been signed so there’s no turning back,” he went on. “They’re asking for a bit of anonymity at this point, but I can tell you unambiguously that this is real, it’s happening, and it’s a best case scenario.”

The 10,260-square-foot building will become a “Community Entertainment” and “multi-screen cinema center, with restaurant facilities and community meeting rooms on a rental basis,” longtime owner Albert Bialek told The West Side Rag. Since being built in the 1930s, the two-story building has housed an art house cinema, pornography theater and two national movie chains, and still boasts the same landmarked exterior. Its interior, however, has since been gutted.

“It kind of works for this new format because it’s going to be a large number of smaller screens,” Levine noted optimistically of the blank interior canvas.

The yet unnamed company of “renowned people” from California are refusing to reveal their identity until they “file their plans” in the next few weeks, but they’ll offer movie-goers an alcohol-equipped dine-in film experience, the Rag reported.

In response to The Post’s inquiry, movie chain Alamo Drafthouse — which almost built a five-screen theater in the space before backing out in 2012 — offered no comment regarding if it is the secret new tenant.

The news is a huge boon for the area, which has lost a lot of businesses during the pandemic and is now pockmarked by empty storefronts.

“It’s been a rough two years,” said Levine, who represented part of the Upper West Side during his time on New York City Council from 2014 to 2021. “We had feared this would be a chain clothing store or a pharmacy, although anything would’ve been better than abandonment.”

Its vacancy has indeed been not only sad but also expensive: Bialek has been charged over $840,000 in city property taxes in the time the address has remained vacant, the Real Deal previously reported.

“This is gonna transform that area,” Levine went on enthusiastically. “This is just the boost that the neighborhood needed.”