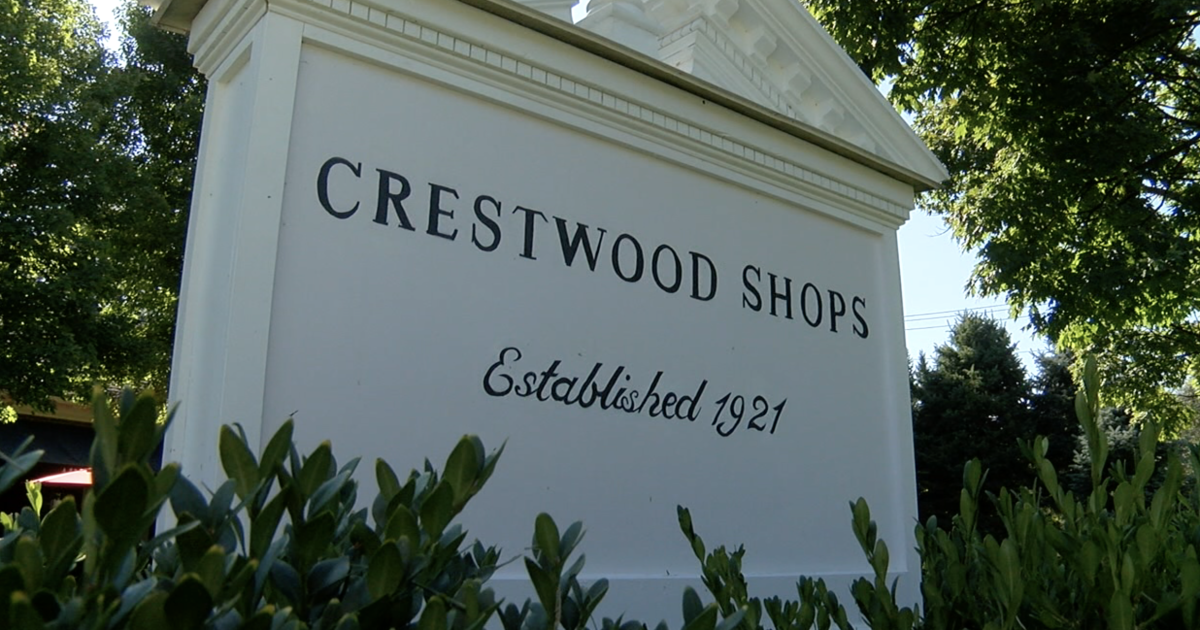 Crestwood Shops, a strip center of 15 locally-owned stores and restaurants along East 55th Street between Oak Street and Brookside Boulevard was first established in 1921.

Over the years storefronts have changed — there were once three grocery stores on the block — but the family-friendly, local charm has remained a constant.

“I like it because of the style. It’s very elegant, it’s simple, it’s very casual at the same time,” explained Todd Miller, who owns Charlecote, an English antique furniture store.

Miller’s mother, who originally opened the store a few blocks south, moved Charlecote to Crestwood in 1989.

Her father, who lived in St. Louis, always said the store would do well in Crestwood. A few days after he passed away, the JC Nichols company called offering a storefront.

“Like someone is saying, ‘That’s it, you’re moving to Crestwood,’” Miller recalled the timing.

In 2000, Miller and a group of other store owners bought the shopping center from the JC Nichols company with the goal of keeping it as local as possible.

“We became a family when we came in here,” Miller admitted. “We emphasize very strongly to keep it local.”

Cindy Barnhill owns Pear Tree, a design and antique store selling mostly imported European items not available elsewhere in the city. She can’t imagine having her store anywhere other than Crestwood, explaining the loyal customer base has helped keep the center thriving for 100 years.

“[When spending locally, money] stays in your community and that is so important,” Barnhill said. “It was important when I was growing up, and it’s important today.”

To thank customers, Crestwood Shops has a weekend full of activities. Thursday from 5 to 8 p.m., the shops are holding a Roaring 20s-themed block party.

Friday at 11 a.m. and 3 p.m., local historian William Worley will lead lectures on the history of the area.

More information about the celebration is on the shopping center’s website.