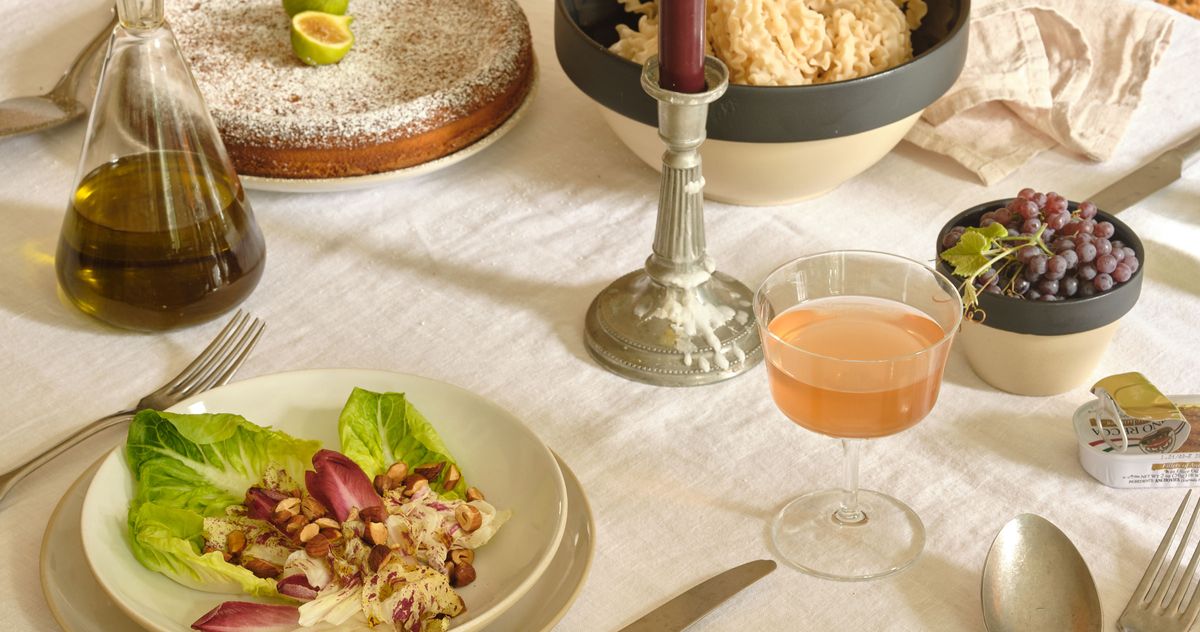 Whenever Ksenia Kagner and Nicko Elliott, founders of the New York City–based architecture firm Civilian Projects, travel abroad, they usually scope out design shops and specialty ateliers. The sweet spot? A shop that sells utilitarian items you could pass down to your grandkids. In Rome, it’s Poignee, a custom-hardware shop that all the local architects working on historic projects use. In Berlin, it’s the department store Manufactum, where they found an olive-oil cruet that just works really, really well. In London, they always stop by Labour and Wait, a place that sells British heritage brands and everyday items. (Their favorite is an earthenware salt cellar that was common in 1960s and ’70s kitchens.) “I had to buy a bigger suitcase so that whenever I went to London, I could stock up,” Kagner says. “There’s nothing like that here. It’s either Amazon or Europe.”

While that dichotomy is a bit hyperbolic, Kagner and Elliott’s observation rings true: There isn’t really a shop in New York like Labour and Wait for nice-looking, durable, well-made, versatile homewares, where you can find everything from a just-right wall hook to a minimalist stoneware plate without having to think too hard about it. And online, the search for such items can be clouded by algorithms and pay-for-play reviews. So the architects saw an opportunity to fill the missing middle with Civilian Objects, their new online home-goods shop, which launched today.

“The shop is meant for people who have a very specific style or no style at all because everything we offer will ultimately recede into the background,” Elliott says. “You could be as Memphis-y as you want, and nothing would clash with our collection. Or you could just be starting out and want to develop a collection of your own, and everything is going to go together.”

Architects are known for nerding out on the tiniest details that make products special or clever, and Kagner and Elliott are no different. They came across the products they’re selling in the course of specifying items for their architectural projects — they recently worked on the Newlab co-working space in the Brooklyn Navy Yard, dorms for Bard College’s Berlin outpost, and their own very stylish home in Bed-Stuy — and through word of mouth. The Kaymet trays and Riess dustpans, which they found while sourcing styling objects for the Bard dorms, will come to the shop in the near future. Most of the products Civilian Objects is launching with are heritage brands like Manufacture de Digoin, the oldest stoneware company in France’s Loire Valley, which briefly went out of business before new owners brought it back in 2015, and Reiss, an Austrian enamelware company that has been around since 1550. Kagner and Elliott are also collaborating with local craftspeople on special-edition items, like candlesticks by the potter Jessie Lazar, a broom by the sculptor Erin Rouse, a work coat by the Italian tailor Atelier Bomba, and an apron with the chef Kia Damon and the Manhattan chefware brand Tilit.

Inspired by architect Dieter Rams’s philosophy of “Less but better,” Kagner and Elliott hope people who shop at Civilian Objects will cherish the usefulness and quiet details of their items as much as they do. “We test things out on ourselves before we vouch for them,” Kagner says. “None of this stuff is cheap. We don’t expect people to buy many of these things, but we do expect people to use and care for them.”

“During the pandemic, we were all at home, and all these life categories — what’s work, what’s for fun — overlapped. The overarching idea for us is that in the future, we’re just going to have to embrace how jumbled labor, recreation, and rest are at home. We thought, We’re going to have to take pleasure in that overlap as much as you can. So we divided the shop into these activity categories. “Rest” includes bath products, which we’re stocking from Forgo. It’s a consumer brand from the Swedish designers Form Us With Love that sells glass dispensers and dried soaps. The idea is that when you ship soaps and detergents, it’s mostly water, so you can just add water yourself.” —Nicko Elliott

“We’re bringing back the urn in this collaboration with Andrew Iannazzi, a studio glass-maker in Boston. It’s inspired by the Vienna Secession, which used a lot of trumpet shapes. Andrew uses a Venetian technique that enables us to get very thin but strong glass by having a slightly thicker edge.” —Ksenia Kagner

“Custodian is run by Erin Rouse, a sculptor-turned-broom-maker who has a studio in East New York. She’s just a rabbit hole of information and studies the history of brooms. She calls this style a ‘distinctly American design.’ It’s made from sorghum, an African plant brought to North America during the slave trade. It is held together with cotton, which is grown in the South. The weave has traces of African American and Native American techniques. I was floored by how beautiful and sturdy this design was and how it bears marks of iterative techniques over time. For our collaboration, she tinted the broom with indigo and gallo dyes and changed the shape a little bit.” —N.E.

“We have ceramics from Manufacture de Digoin, which is a woman-owned revival of a heritage brand. The factory is located in what was the ceramic valley of France, but over time the businesses all closed down. A few years ago, a woman from Paris who had a background in finance bought the factory and started to produce there again. A lot of the stuff they make is traditional water jugs and salad bowls, but they just started making tableware, and we’re the only ones selling it in the U.S.” —K.K.

“Trendglas Jena makes lab equipment, so everything is incredibly precise. This dispenser never leaks, and whatever dribbles is caught by the lip in the glass. It’s so perfect, easy, and not messy. We got ours at Manufactum in Berlin about four years ago, and since then we’ve always wondered why it isn’t available in the U.S. It’s the best product.” —K.K.